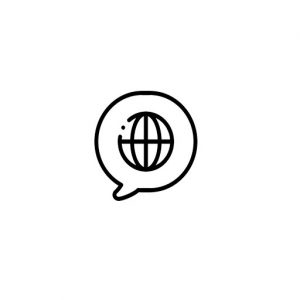 Catch the latest news and updates in our weekly email communications archives.

Scroll down for additional links.
ClassLink

Login to ClassLink to access Infinite Campus and other learning applications.

Saturday, August 28, from 10 a.m. to noon will be a celebration of over two years of conservation efforts by multiple organizations with the release of the Colorado native, endangered northern redbelly dace, into Webster Pond at Pella Crossing. The event will include St. Vrain Valley Schools Future-Ready Innovation Lab and hands-on activity stations for children. Members of the public are encouraged to park at Hygiene Elementary School and Westview Middle School. A free shuttle service to Pella Crossing will be provided by St. Vrain Valley Schools’ transportation department.

Boulder County Parks & Open Space, Colorado Parks and Wildlife, Denver Zoo, the Innovation Center of St. Vrain Valley Schools, Lyons Middle Senior High School, Ocean First Institute, and graduate students with University of Colorado Boulder have engaged in a nationally recognized partnership project to implement the reintroduction of the species to the St. Vrain River and educate students about the scientific process and importance of the successful restoration of this threatened species.

“The Northern Redbelly Dace is a State Endangered fish species, and is extremely rare in wetlands along the Front Range, where it is native in Colorado,” said Boyd Wright, Aquatic Conservation Biologist for Colorado Parks and Wildlife. “This unique project supports CPW’s goal of replicating populations of the species in suitable habitat within its native range, but perhaps more importantly, engages the local community in the conservation of a little-known fish species. It’s a rare and exciting project for a rare fish, and it wouldn’t be possible without this outstanding partnership.”

The Colorado Parks and Wildlife Native Aquatic Restoration Facility in Alamosa provided the fish to start the project. Students at Lyons Middle Senior and the Innovation Center of St. Vrain Valley Schools have raised the fish housed at the Innovation Center. The goal of the project is for the dace to be released into Webster Pond ahead of final reintroduction into the St. Vrain River. Post-reintroduction, students will continue to study the success of the project by monitoring the fish by utilizing underwater robotics, applying artificial intelligence, and conducting tests on the water quality through various means such as eDNA testing.

“I have enjoyed watching these little fish grow up and love using our sensors to learn more about what the dace need to thrive in their environment,” said Innovation Center sophomore Taryn McDermid who joined the project because it combined her passions for the outdoors and robotics. “This project is really important to me because of how important these fish are to the environment and our community.”

The upcoming release is a reflection of the resiliency of both the endangered species and the partners who have persevered despite setbacks from the coronavirus crisis. The northern redbelly dace are extremely sensitive and challenging to raise and the initial release to Webster Pond was delayed from its scheduled summer 2020 release. A previous batch of northern redbelly dace was successfully released in a different location in fall 2020. Initially a man-made pond, Webster Pond was significantly altered by the 2013 floods and Boulder County Parks & Open Space transitioned the ecosystem to an emerging wetland, an ideal environment for the reintroduction of rare and endangered fish species.

“After beginning this project at the start of the pandemic, we have worked tirelessly to create an environment for these fish to not only survive, but thrive at our school,” said Lyons senior Cassidy Batts. “The fish lost their environment just like we did in the 2013 flood. We faced COVID obstacles while raising them, but persevered because the conservation of this native species matters. We are so excited to finally release the fish into Webster pond after releasing some last year in a Lyons pond. We are honored to be a part of this impactful conservation effort and hope to see these fish succeed in their natural habitat with the support of all the partnerships.”

The successful culture of this species will expand and create opportunities for students to understand species conservation, and engage in hands-on research and community outreach conveying why conservation of this indicator species and its continued resilience is important to Boulder County and ultimately, to Colorado.

“The dace is a symbol of hope, showing us that all, regardless of size, are important to a functioning and healthy environment. From students to professionals or from small minnow to an entire ecosystem, we all have a part to play in building resilience in our community,” said Executive Director of Ocean First Institute Dr. Mikki McComb-Kobza.

Take a look at some of our recent news.

Register Now for Your AP Exams